The jambit CoffeeTalks are a series of events held at jambit's headquarters in Munich for jambitees and guests and offer technical know-how and exclusive project knowledge about software development. The CoffeeTalks are a building block of our top-of-mind knowledge culture and are, along with Vertrauenslernzeit and other building blocks, part of the attractive offer for the individual development of jambit's software developers.

In our CoffeeTalks on September 11, 2020, we will look at Flutter and if it can keep Google's promises and provide insights into the everyday project life of cross-platform development with Flutter. Java developers, who know how to use a lambda expression, can look forward to functional Java programming with VAVR. The conclusion will be a musical live-coding session with TidalCycles.

For the safety of all participants in the current situation and the corresponding planning we ask for registration at coffeetalks@jambit.com. The number of participants is limited.

Under the following link you can also follow the CoffeeTalks live on September 11 from 1 p.m.: 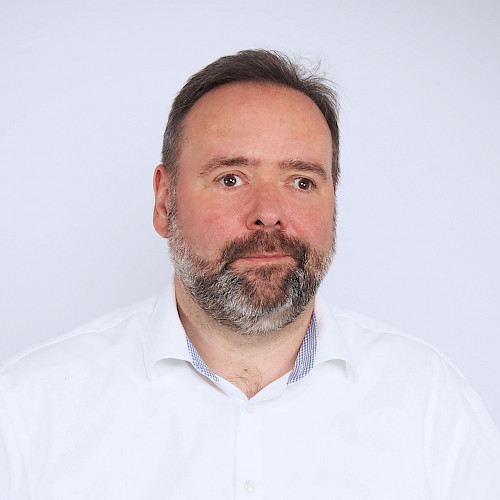 The basic idea "One code – many systems" is older than smartphones are. Java itself was developed from this idea. For common mobile OS, there are many approaches of this kind, such as Cordova/Phone Gap, Xamarin, or React Native. These platforms promise less work and time compared to native app development. The promise can be fulfilled with only one code base, mostly depending on the approach. However, the expectation of providing several systems more quickly and cost-effectively with one app each is often missed. Flutter is a new framework for cross-platform development and promises developers several advantages. In this entertaining CoffeeTalk, Hermann Klecker, Senior Software Engineer in the Business Division Automotive Bavaria, will report on his experiences in the context of a customer project. Hermann will also answer the follwing questions about app development: Is Flutter also suitable for large projects? And how does development in Flutter affect testing and bug fixing?

Since Java 8/9, various concepts of functional programming have found their way into the mainstream of software development. Examples are Lambda expressions, ImmutableCollections, or the monads Optional and Stream. Compared to programming languages, where functional language concepts were part of the initial design, the functional extensions of Java often seem "downplayed". The reason for such constructs is to ensure downward compatibility with earlier versions, such as the Collections API.

In his talk, André Petermann, Software Architect at jambit's office in Leipzig, will introduce VAVR: a library that extends Java in an elegant way with various functional language elements. For example, VAVR's alternative Collections API is presented, which consists of own data structures to support monadic operations without stream transformation. Further contents are exception handling with the try monad, lazy evaluation, pattern matching and functional multithreading.

The lecture will start with an introduction on programming with immutable values and monads and is aimed at all Java developers who work with Lambda expressions.

With sounds, beats, and code, Thomas Grund, working student at jambit in Leipzig, is welcoming all attendees to his CoffeeTalk. He will show us TidalCycles, an open source software to create patterns with the help of code. TidalCycles is based on Haskell, a purely functional programming language, which will be implemented musically in this talk. In his sixty-minute introduction, Thomas will show how to create, compose, and manipulate music with TidalCycles. Additionally, he wants to stir the audience's enthusiasm for functional programming. On his YouTube channel, interested people can get a first look!

Any questions? Feel free to contact us. We are looking forward to receiving your message and to numerous attendees!